That was a long two days I have to admit.  I worked on this migration for the last year and a bit.  I thought I had everything covered.  I was hoping to have it all done in about an hour.  As some of you noticed, it was more like 5 hours.  Here are some things I encountered and where they stand as far resolution.

1) There was an issue with an invalid SSL/TLS certificate.  This is the thing that puts the lock symbol in your browser.  I put the wrong certificate up and didn't realize it had expired. People reported it and I was able to fix right away.

Resolution: Bought a new certificate and put it up.

2) People were able to start their game server, however everything was slow as molasses. Very frustrating to say the least.

Resolution:  The file server needed tunning.  It has lots of capacity, however, the network was choking off the connections.  Change some config values and viola!

Resolution: This one turned out to be tricky.  Because we play for hours in our games, sometimes doing a great deal of talking, the firewall can think that the connection is stale and will close it.  I  have made changes for it to better recognize long standing connections and leave them alone.

Resolution:  They were over their storage allotment and the game server couldn't start. They had to delete some data or upgrade their packages.  There was one case were the chat log was so huge that it was crashing the game. Remember folks delete or archive your chat logs after each game.

6) Delay in getting Backup/Restore active.

Resolution:  I had to re download all the old backup files from the old file server. This took time. Then I had to convert them from a tar archive to zip.  This would allow for people to be able to open their backups at home after they downloaded them.

That was the bulk of the major issue that I encountered. There were small bugs in the website code that I killed rather quickly.  I am sure there still are more.  I just want to say thank you for being patient during this migration. It was a great deal of data to move and modify. Let me just say I buy hard drives in the Terabyte range. I am confident that it will be an improvement, it just make take a few days to settle and do the fine tuning that is always required.

May your games always be fun,
Pencils forever sharp,
and your rules books at the ready.

Popular posts from this blog 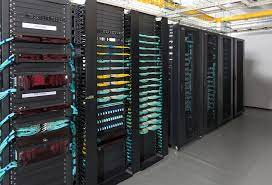 Hello everyone, It has been a long time in the making but we are finally ready make the move to a new datacenter where we will have much bigger hardware and faster networks. We will make the move Jan 3, 2023 at 1600 UTC. Let's get right to the changes, first I will talk about the hardware/network. Our application servers are now our own. Meaning we won't share with any other customers like what happens in the cloud environment.  All CPU and ram is ours to use exclusively.  The application servers have a total of 128 CPU cores and 512 gig's of ram. That is just our starting point. ;) Our external network to the internet will be a full 1Gbe with an upgrade path to 10Gbe at the turn of a switch. The internal network has the same capacity. However this is not a shared network like in a Cloud, the full bandwidth is for the exclusive use of  the games. All hard drives in the storage array are all SSD managed by a hardware raid controller. The array has fault tolerance built in
Read more 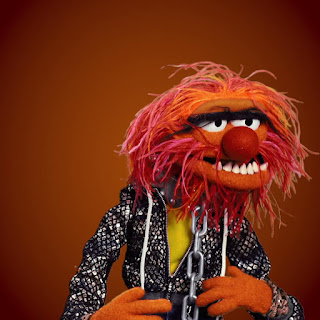 Welcome to our website blog.  We hope to make this an important source of a news, how-to's and announcements.  Initially our discord support staff will be creating articles, then as members show an interest we can open the blog to them as well. Now for the real first post. I have been working for the last couple of months on a new version of the website and underlying infrastructure.  The goal is to add some new features, improve performance, and lower costs.  It looks very promising.  Let me go over some of the new features. Download recovery point as a zip file. Reset foundry and hosting configuration files. Yes, finally,  you will be able to download your whole game server data as a single file.  This will be a zip file that  you can download.  Any unzip tool will be able to open the file and access your data. Some people have asked for an ability to upload a zip file and build their server.  This is problematic and I think would cause more issues than solve. There is a file i
Read more